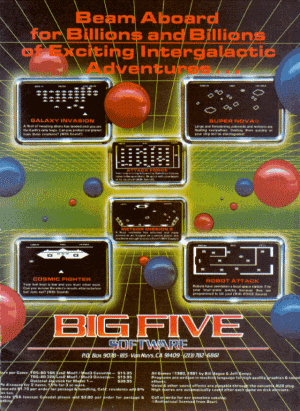 Big Five Software also created the TRISSTICK, a TRS-80 joystick which worked with their games.

Big Five Software released two further games, Miner 2049er and Bounty Bob Strikes Back!, but not for the TRS-80. There was also a planned TRS-80 version of Miner 2049er, but it was never released.