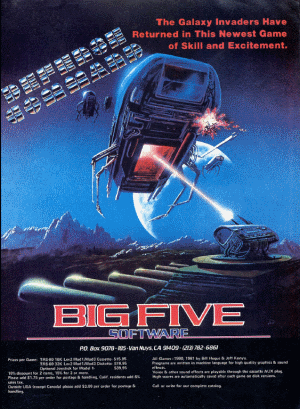 There were many Defender clones created for the TRS-80. Notable examples include Alien Defense by Soft Sector Marketing, Penetrator by Melbourne House, and The Eliminator (the official Defender) by Adventure International.

The goal of Defender is to shoot aliens who are trying to carry away humanoids. Defender features a scrolling horizontal playing field and the player’s spaceship moves in all four directions. 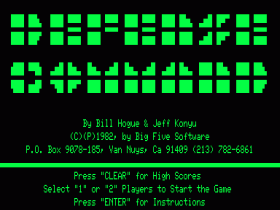 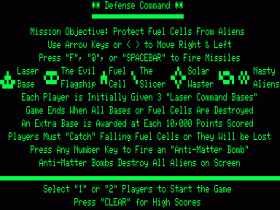 Like many arcade-style games, Defense Command plays a sample game if it is left unattended. But unlike most games, the computer plays the game very well (much better than me). You can actually pick up pointers by watching the computer play the game itself. 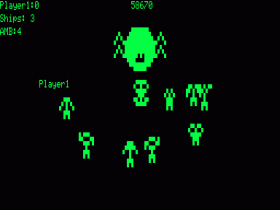 Setting up the playing field 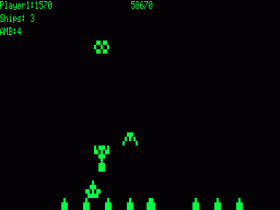 One other unusual feature of Defense Command occurs at the start of the game. The Flagship and the other aliens escort the player and the fuel cells into place to set up the game. During this process, you can move but not shoot. You can receive many points by using an Anti-Matter bomb to destroy the aliens, but with the unfortunate side-effect of the aliens dropping the fuel cells they were carrying. There is no way to catch all the fuel cells (or even very many) and the game is effectively over. Defense Command is a very versatile game with many different ways to play.

The Flagship appears in Defense Command, but in an uncharacteristically benign role. Occasionally, a “Flagship Alert!” message appears and a Flagship moves slowly across the screen. The Flagship doesn’t shoot, but its appearance is designed to distract you. If you shoot the Flagship, then a group of aliens emerge from it and swarm down at you. You can either shoot as many of these aliens as possible, or use an Anti-Matter bomb to destroy them all. 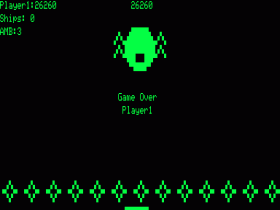 Solar Wasters have flattened the player 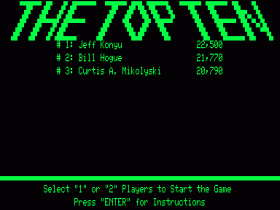 If the number of fuel cells drops to one, then Slicers starts appearing. Each Slicer rotates as it falls straight down. You can destroy a Slicer with just one shot, but you must be directly underneath it. If a Slicer reaches the bottom of the screen, then it continues moving from side to side destroying everything it touches. It will destroy all the remaining fuel cells and the only thing that can stop it is an Anti-Matter Bomb.

Once all your fuel cells are gone, even if you have remaining lives, the game is over. A line of Solar Wasters descend in a pattern and destroy everything they touch. Nothing can destroy them, not even an Anti-Matter Bomb. At this point, the game is over.