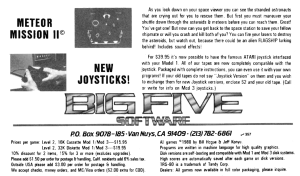 From an advertisement in 80 Microcomputing 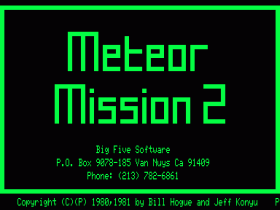 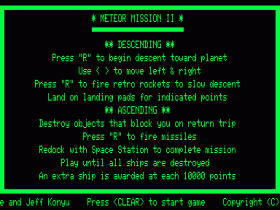 Unlike Lunar Lander, there is no need to slow down the spaceship before it touches the landing pad. In fact the landing speed makes no difference at all. The only ways to crash are to hit a meteor, the sides, or the ground. 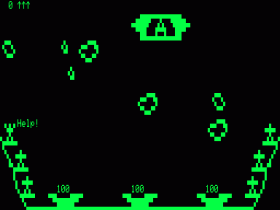 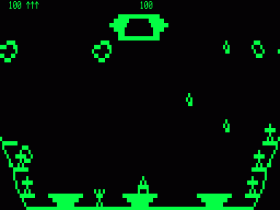 A safe landing and rescue

After landing and rescuing an astronaut, you need to ascend to the Space Station. The lander climbs gradually, but you can increase the speed by using the fire button. The fire button also fires a shot, which allows you to destroy asteroids that are in your way. You can gain points by shooting the asteroids, but moving to try to intercept meteors increases the difficulty.

Occasionally, an asteroid will start flashing. After flashing for a while, the asteroid will turn into a Flagship. The Flagship doesn’t shoot at you, but it does get in the way as it moves across the screen. It is worth many extra points, but mostly serves as a distraction.

After a certain point in the game, meteor showers start appearing. These showers are very frustrating, because there often isn’t time to get out of their way before they hit you. 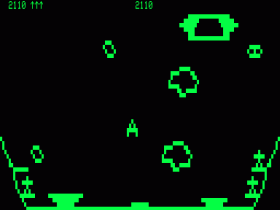 Ascending to the space station 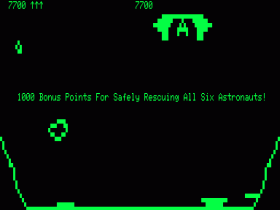 After you rescue all of the astronauts, the round ends and you receive a bonus. The landing pads are rebuilt and the process starts again.

Giday! Fantastic web site!. Thank you so much for keeping it online.

Our Retro computing group recently got a System 80 and X4010 expansion box.

We hope to fully restore it as time allows and display it at different public venue’s.

Will be looking for help to make the remaining cables and learn what disk drives can be interfaced etc.

Keep up the good work!