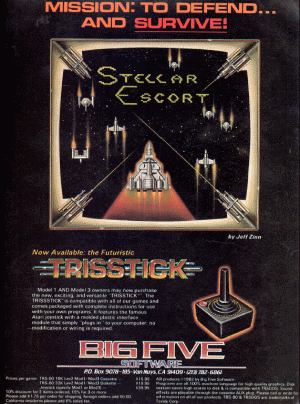 Stellar Escort was written by Jeff Zinn, and it was the first game distributed by Big Five Software that wasn’t written by Bill Hogue.

The goal to Stellar Escort is to destroy all the different kinds of aliens that appear, while trying to avoid hitting those aliens. You can move in all directions using the arrow keys and fire shots using the spacebar. Stellar Escort supports a joystick and a joystick works well with this game. 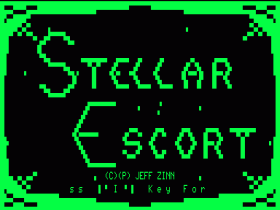 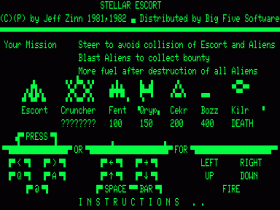 Another complication is your limited fuel supply. You need to conserve your shots and movements to ensure that you have enough fuel to complete the level. If your fuel runs out, then your ship is destroyed. 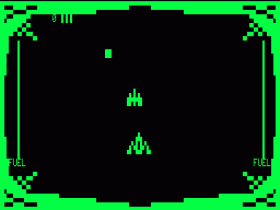 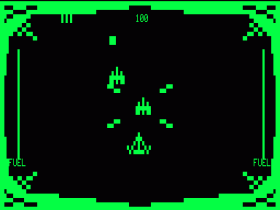 Shooting at a Fent

The Cruncher is a very large alien which moves slowly but steadily on screen. It is very difficult to destroy, but worth a variable (but large) number of points. If you destroy it, a message appears listing the number of points scored. Another strange alien is the Kilr, which not only isn’t worth any points but it destroys you if you shoot it. 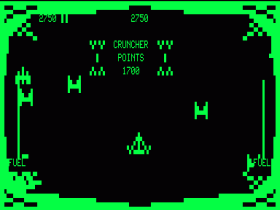 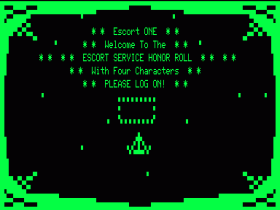