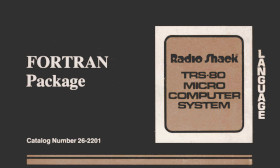 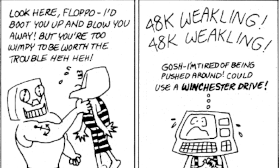 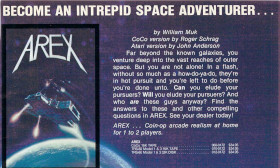 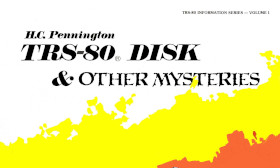 The TRS-80 Model I was less than two years old at the time, and Pennington had been one of the first purchasers. There was a great demand for TRS-80 information and Pennington wrote about many topics in the TRS-80 Disk and Other Mysteries. These included using hexadecimal and binary, a discussion of TRS-80 disk operating systems, the TRSDOS directory structure, even Pennington’s opinions of Radio Shack. William Barden, Jr. described the contents in the preface to the book: 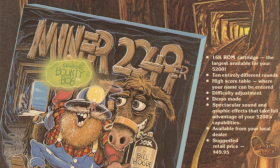 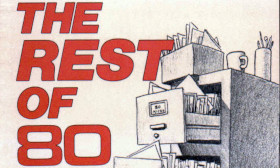 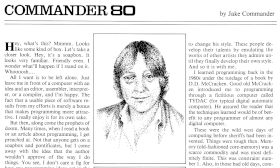 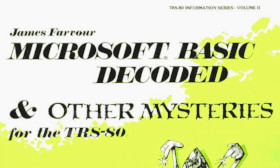 There were many books that documented and disassembled the TRS-80 Model I ROM, but Microsoft BASIC Decoded and Other Mysteries by James Lee Farvour was the most famous. Microsoft BASIC Decoded and Other Mysteries, volume 2 in the IJG’s TRS-80 Information Series, includes a complete overview of the Level II ROM in the TRS-80 Model I and is one of the best sources of information about the TRS-80 BASIC ROM. It cost $29.95 when it was introduced in 1981. A January 1982 review in 80 Micro said “Without a doubt, it is the most comprehensive book on Level II BASIC ROM to be published so far.”

Microsoft BASIC Decoded and Other Mysteries is made up of two sections. The first half of the book collect a wide assortment of details about BASIC, including some not commonly found elsewhere. This includes information such as reserved BASIC keywords, functions and entry points, the format used for cassette storage, even the formulas used by the BASIC math functions such as SIN and COS. One chapter covers disk operating systems, which weren’t even part of Microsoft BASIC. 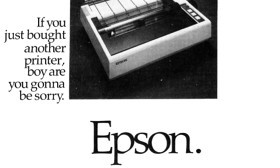 The printer control language used by the MX-80 (later known as ESC/P) became an important standard that was supported by other printer manufacturers. It was a rare TRS-80 program that could print and didn’t support the Epson MX-80. 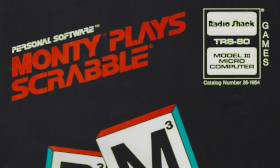