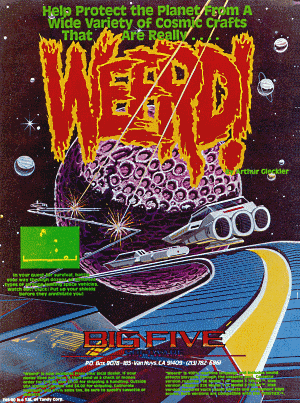 The first advertisement in 80 Micro

The goal in Weerd is to destroy the attacking aliens. The controls are pretty standard: LEFT ARROW and RIGHT ARROW to move and SPACEBAR to fire. But there are two additional controls: S to activate shields and SHIFT to move quickly. The shields are three barriers that stop shots from hitting you, but also stop you from shooting through them. Most aliens won’t pass through the shields, while others move through without any problems. 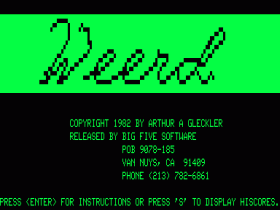 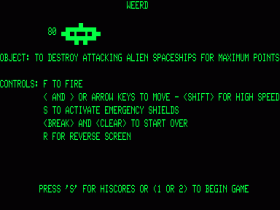 The disk version of Weerd features voices. The speech ranges from “Oh no!” when your ship is destroyed, to “All right, yeah!” when you achieve a high score.

But probably the most memorable sound effect in Weerd is the long explosion after your ship is destroyed. 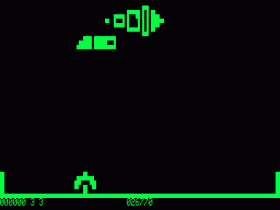 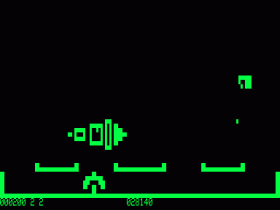