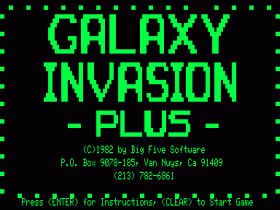 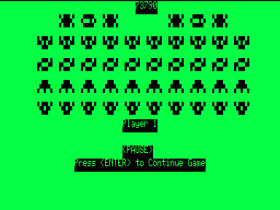 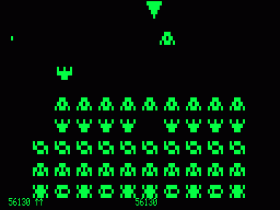 The screen flipped after 50,000 points

The most noticeable change in Galaxy Invasion Plus occurs after 50,000 points; the screen flips vertically. Although otherwise the play remains the same, this is surprisingly distracting and adds to the difficulty of the game. After the first flip, the screen changes between normal and inverted every 10,000 points. The game is noticably slower while the screen is flipped. 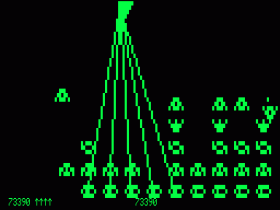 The Flagships attack with a flipped screen 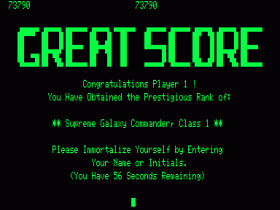