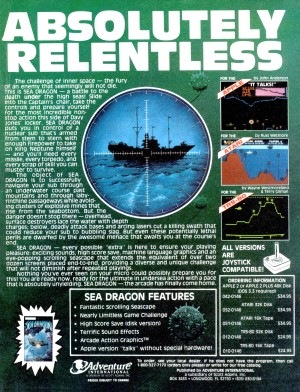 Adventure International advertisement from the March 1983 issue of 80-U.S. Journal

Sea Dragon, written by Wayne Westmoreland and Terry Gilman, was one of the most popular games for the TRS-80. It was released in 1982 by Adventure International, which also sold versions for other computers:

Along with Time Bandit and Arex, Sea Dragon was the TRS-80 game that was adapted to the greatest number of computers. 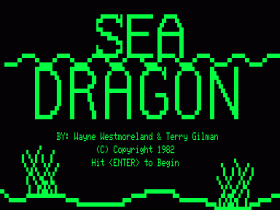 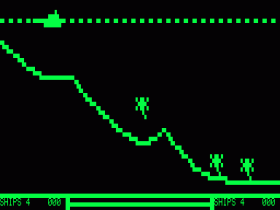 Sea Dragon was described this way in a 1982 Adventure International catalog:

Sea Dragon is a slick, arcade-ish simulation that puts you in command of a nuclear sub that’s armed to the hilt with deadly missiles and torpedoes. You guide your submarine past underwater mountains and through labyrinthine passages while avoiding webs of explosive mines that rise from the sea bottom. Additional dangers include mine-dropping ships, enemy attack stations, falling stalactites, and deadly lasers—any of which could keep you from your ultimate goal: destruction of the incredibly powerful nuclear reactor at the end of the undersea course! Maneuver around these dangerous obstacles and surface to refuel your ever-decreasing air supply—if you can! 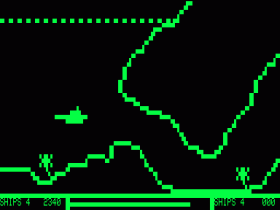 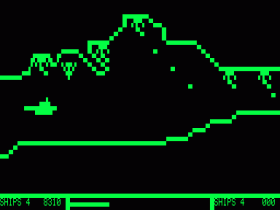 The playing field of Sea Dragon scrolls horizontally and is very wide; one advertisement described it as “the equivalent of two dozen screens laid end-to-end.” The goal is to pilot the submarine to the very end and destroy the nuclear reactor found there.

Colliding with an underwater mine destroys the submarine, as does hitting the ground or any of the other obstacles in the water. Another complication results from the need of the submarine to surface periodically and replenish the air supply. This creates a problem when the game moves into a series of underwater passages with no open air. 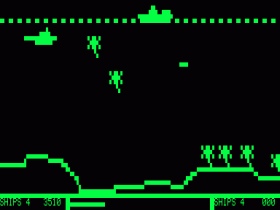 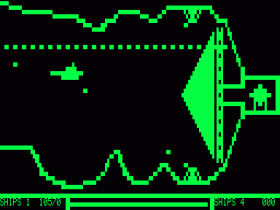 Nuclear reactor at end of game

Like most of the Adventure International games, the various versions of Sea Dragon differ in some details. Several have enhancements specific to that version, such as the voice effects in the Apple II and TRS-80 Color Computer versions. (And who can forget the dancing sailor from the title screen of the Color Computer version!) But the game play and the look of the games remained quite close to the TRS-80 original. 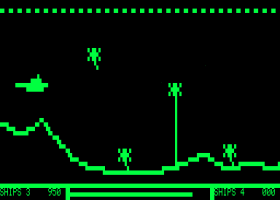 Sea Dragon for the TRS-80 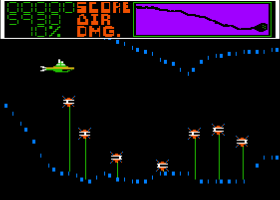 Sea Dragon for the Apple II 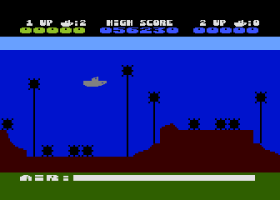 Sea Dragon for the Atari 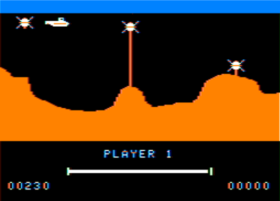 Sea Dragon for the Color Computer 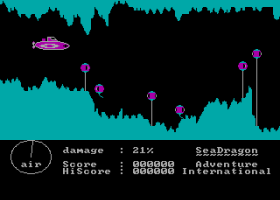 Sea Dragon for the IBM PC 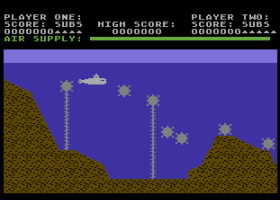 Sea Dragon for the Commodore 64

In 1995, Wayne Westmoreland released all of their TRS-80 games into the public domain. You can download Sea Dragon and all of their other games here:

Great post. I appreciate the effort put into getting up screenshots of the different versions. I happen to have the Atari 8-bit in the plastic snapcase, but it seems like it would be worth it to try and eventually get some of the other versions for the enhancements.

Thanks. I always find it interesting to see how the versions of Adventure International games differed. Each author usually put a personal spin on each game version.