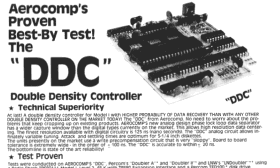 The Aerocomp DDC was a popular double-density add-on for the TRS-80 Model I. It was introduced in 1981 by Aerocomp Inc. of Dallas, Texas, a company founded by John Lancione. Aerocomp was one of the longest lasting TRS-80 companies and the Aerocomp DDC was sold for almost a decade.

When it was introduced, the Aerocomp DDC cost $149.95. This was $20 cheaper than its primary competitor, the Percom Doubler II. Aerocomp also sold the Aerocomp DDC bundled with a choice of operating systems: DOSPLUS 3.3 for $189.95 and with LDOS for $239.95. 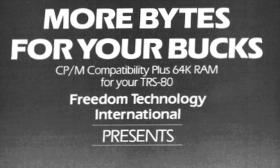 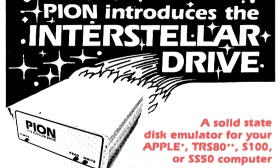 The Interstellar Drive, also known as Pion’s Interstellar Drive, was a solid state disk drive emulator that was sold by Pion, Inc. of Arlington (later Watertown), Massachusetts. It was introduced in 1982 for a base price of $1,095.00 for the 256K version. 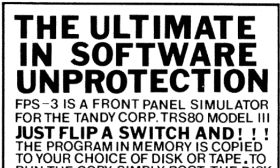 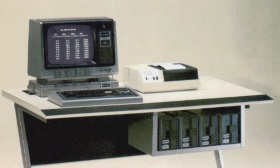 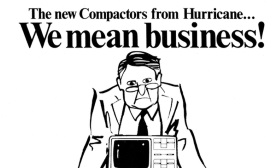 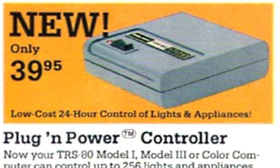 Plug ‘n Power was Radio Shack’s brand name for products that used the X10 power line communications protocol. X10 was developed in 1975 by Pico Electronics, Ltd. of Glenrothes, Scotland. Radio Shack, along with Sears, Roebuck & Co. (with the Sears Home Control System) and BSR (with the BSR System X-10), was among the first sellers of X10 compatible products.

Radio Shack introduced their first Plug ‘n Power products in late 1979. Most of the products were appliance and light modules. These plugged into an electrical outlet, and an appliance or light was then plugged into the module. Some of those modules included: 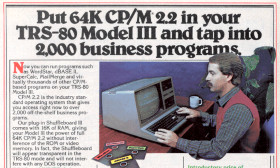 The Shuffleboard and Shuffleboard III were CP/M hardware add-ons for the TRS-80 Model I and Model III. Although somewhat different products, each allowed unmodified CP/M programs to run on the TRS-80 by “shuffling” the TRS-80 memory map into one acceptable to CP/M.

The original Shuffleboard was actually a companion to another Parasitic Engineering product, an 8" drive interface called the Maxi-Disk. Howard Fullmer and Gene Nardi created the Shuffleboard and Maxi-Disk and introduced them in May 1979 at the Fourth West Coast Computer Faire in Los Angeles, California. 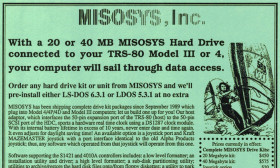