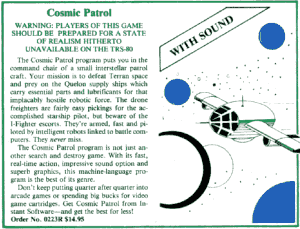 Cosmic Patrol was a TRS-80 game written by Jake Commander, probably better known for his “Commander 80” column in 80 Micro. It was published by Wayne Green’s software company, Instant Software, costing $14.95 for a tape version and $19.95 for a disk version.

Cosmic Patrol appears to have been based on Cosmic Conflict!, a 1978 game written for the Magnavox Odyssey 2 home video game system. The goal for both games is simple: destroy 15 vessels before running out of fuel.

Each game of Cosmic Patrol begins with 999 E-units. Each shot fired, whether it hits a Quelon vessel or not, costs ten E-units. 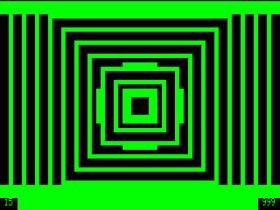 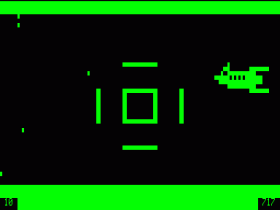 The controls for Cosmic Patrol are straightforward: the G key to start a slow game, SHIFT+G to start a faster game, arrow keys to move, and spacebar to shoot. The shots fired are aimed at the firing sight at the center of the screen.

The goal is to move until the sight is directly over the enemy craft and then fire. This is far easier when targeting freighters, which always stay the same size, than for I-Fighters, which start out small and grow larger as they move closer. Once an I-Fighter moves close enough, it will always fire at the player. Each hit costs 50 E-units, and an I-Fighter never misses. 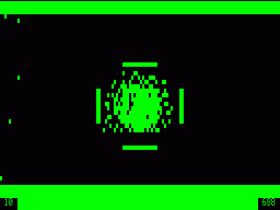 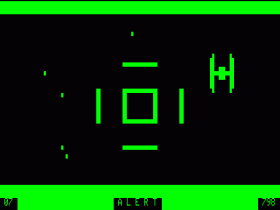 One quirk in Cosmic Patrol is that the playing screen wraps around from left to right but not top to bottom. The manual explains this behavior as “one of the oddities of the Macrospace bubble-universe which the ship’s drive units created.” 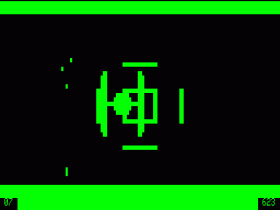 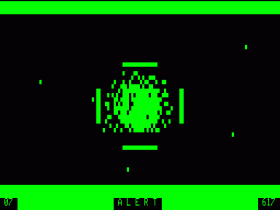 The Cosmic Patrol manual describes the adventures of “Commander Jake” as he attempts to complete his mission. It ends with this paragraph:

Jake permitted himself a long sigh and a moment of deep relaxation. But he knew that after a brief respite, he’d press the black firing bar to place himself and his ship back on the launching grid. Then, once again, that fateful decision: G or (shift)G—and he’d be off on a new mission.

This looks like a nearly direct port of “Cosmic Conflict!” on the Odyssey 2 game system. Interesting!