I used TRSTools to apply my 2012 date extension patches because I wanted to make the update process as easy as possible for people using an emulated TRS-80 with virtual disks. But for those of us with a “real” physical TRS-80, or who just want to update their disks the old-fashioned way, here are the free patch files for my 2012 date extension update.

To extend LDOS and LS-DOS file dating past 2011, I decided to use an approach that I devised back in 1993 when I was first writing PERUSE, my TRS-80 file utility. My method stores the new date in the same fields in the directory without taking up any more space or taking away any more file passwords. This approach is automatically compatible with all LDOS/LS-DOS disks and I have yet to encounter a file for which this dating scheme fails. (If you do, please let me know so that I can fix the problem.) With my patches, disks don’t even need to be converted but will just transparently store dates after 2011.

My patches also fix a problem occasionally encountered with LDOS 5.3 and LS-DOS 6.3. If an older operating system was used to copy files onto a date converted disk, then the copied files will still have the older user password field. LDOS 5.3 and LS-DOS 6.3 (which replaced the user password with date and time) will interpret that password as a garbled date and time. The patches check specifically for such files and use the older year instead (providing more accurate results than unpatched versions).

LDOS and LS-DOS: 2012 and Beyond – Technical information

The reason dates past 2011 aren’t allowed in LDOS and LS-DOS relates to the way the year is stored in the TRS-80 disk directory. All major TRS-80 operating systems used roughly the same format for the directory. That format was derived from both the original Model I TRSDOS and VTOS 4.0 (both written by Randy Cook).

In 1987, LS-DOS 6.3 and LDOS 5.3 were released by Logical Systems and MISOSYS to address the year limit. Extra space was needed in the directory to extend the dating, which both operating systems achieved by removing the access (also known as user) password. This new dating format became known as “extended dating” or “date converted.” 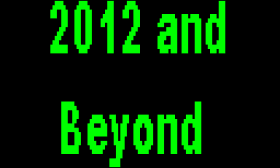 Nothing makes an operating system feel more antiquated than having an expiration date. For TRS-80 users, that expiration date is just around the corner. Model 4 LS-DOS and Model I and III LDOS will stop accepting the date in 2012 and the only solution is to disable the system date or lie about the year.

I happen to believe that LDOS and LS-DOS still have life left in them, so I have developed a set of patches to extend date handling to 2079. The result is a 100 year dating window, beginning January 1, 1980 and ending December 31, 2079.

The patches are free and there are six patches in the set:

A Tribute to Rick Hanson

Through Club 100, Rick Hanson repaired Model 100’s and provided them to people and groups that needed them, including newspapers and relief organizations. He also sold Model 100 peripherals and became the sole source of many items as the market contracted. He played a vital role in promoting new Model 100 hardware such as the NADSBox, a memory card storage device designed by Ken Pettit, and the REX, a ROM/RAM add-on designed by Stephen Adolph. He also ran the Club 100 BBS until October 2007.

Rick Hanson enjoyed promoting the Model 100, and was featured many times in newspaper articles. He also made a memorable August 2001 appearance on Leo Laporte’s television show on the TechTV channel where he demonstrated the durability of a Model 100 by dropping it to the ground without damage. He also later appeared on Laporte’s radio show in March 2008.

He was one of the friendliest people around in the computer world and he will be greatly missed.

Several people have contacted me over the past few weeks to ask if I can do anything about the LS-DOS 2012 problem. The short answer is yes, but here is a brief summary of the “2012 problem” for those of you who don’t know what it is.

All of the major TRS-80 operating systems (including TRSDOS 6 and LS-DOS 6) modeled the way they stored disk files dates on the file dating scheme created by Randy Cook for his VTOS 4.0 operating system. VTOS 4.0, released in 1980, allowed file dates spanning 1980 to 1987.

Back then eight years seemed like a long time, but 1988 eventually approached and something more needed to be done. In mid 1987 Logical Systems introduced LS-DOS 6.3 for the Model 4 and MISOSYS introduced LDOS 5.3 for the Model III and later Model I. Both LS-DOS 6.3 and LDOS 5.3 included many enhancements over previous versions, but their primary reason to exist was to extend file dating to 1999. (In the early 1990’s, MISOSYS extended file dating even further in both operating systems to 2011.) 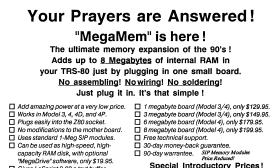 I seem to remember that you could look through some of the early TRSDOS disks with SuperZap (a wonderful program) and in some of the blank spots, i.e., unused disk space not holding part of a program, and it had a message like “You rummy buzzard, you” or something like that. The “rummy buzzard” part was the only sure thing.

I did a Google search on “rummy buzzard” but didn’t get any hits. Does anyone remember this?

Many people encountered that “rummy buzzard” message in Model III TRSDOS and several explanations were devised to explain it.

The best remembered explanation is the “Joe, you rummy buzzard” story. It was related as fact in magazines such as [80 Micro][1] and several user group newsletters, but I don’t think it is true, for reasons explained later. Here is the overview: 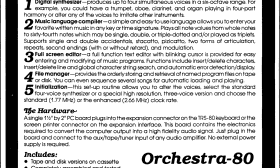 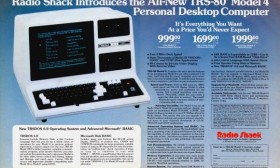 The TRS-80 Model 4, introduced on April 26, 1983, was the continuation of the TRS-80 computer line that had begun with the Model I in 1977. The Model 4 was officially launched for the press on April 27 at an event sponsored by the Boston Computer Society.