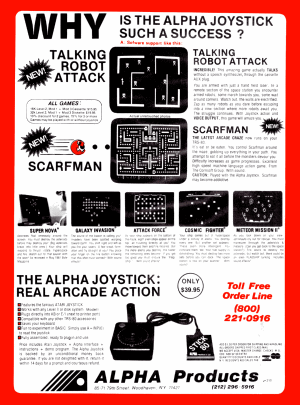 Alpha Products advertisement from the October 1981 issue of 80 Microcomputing

After running a several month sale, in December 1984 the price for both Model I and III versions dropped to $27.95. They continued at that price until the joysticks disappeared from Alpha Products advertisements after November 1985.