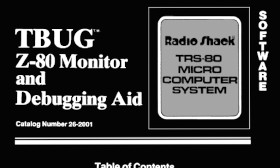 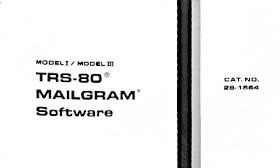 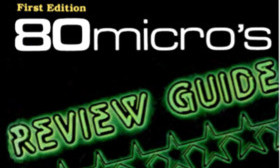 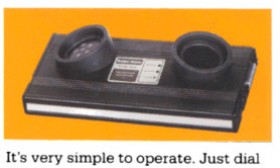 The TRS-80 Telephone Interface was the first modem that Radio Shack sold for the TRS-80 Model I. According to the product introduction in the November 1978 issue of the TRS-80 Microcomputer News:

Data communications can materially expand your computing horizons. It means you can communicate with large “data base” computers, using your TRS-80 as an intelligent peripheral. 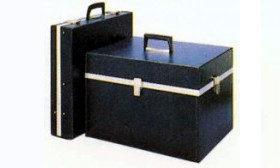 Although the Model I wasn’t a portable computer (by any stretch of the imagination), people often needed to move a Model I to a new location. For example, many people kept their Model I at work during the week and brought it back home for the weekend. 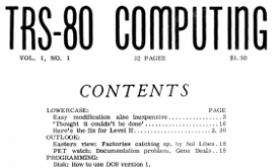 Computer Information Exchange was an educational nonprofit corporation that was based in San Luis Rey, California and founded by Bill McLaughlin. It sold a variety of low-cost TRS-80 software on cassette, mostly of an educational nature. Their most popular product was People’s Pascal, an implementation of the Tiny Pascal compiler that was created by Kin-Man Chung and Herbert Yuen. Computer Information Exchange sold two versions of People’s Pascal: