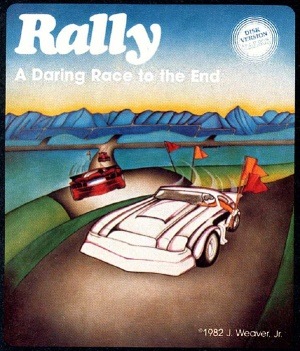 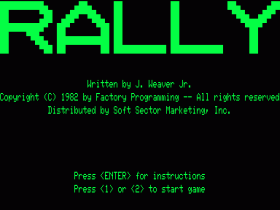 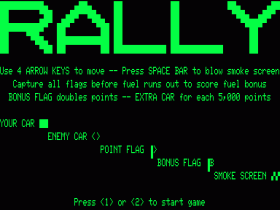 A map on the right side of the screen shows where you are in the maze. The map is a little bit difficult to understand at first, but the enemy cars show up as smaller blocks and the flags as larger blocks.

Driving around the maze uses up fuel, and there is a limited amount. Running out of fuel makes your car run very slowly and eventually stop. Collecting all of the flags before time runs out earns more fuel for the next round. 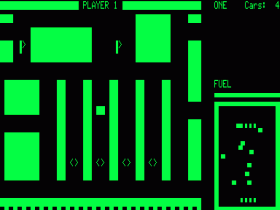 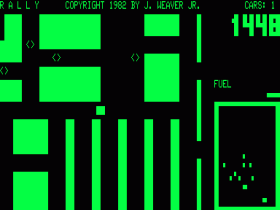 Later in the game

Rally does a good job of using TRS-80 characters to help distinguish the player from the enemy cars and the flags, instead of colors as in the arcade version.

This game is offered for download by permission of its author, J. Weaver Jr. All copyrights remain with the copyright holder.