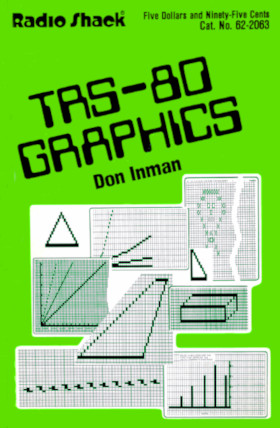 All of the code examples in Introduction to TRS-80 Graphics worked only in Level I BASIC, but the book contained an appendix that listed all the changes required to make them work in Level II BASIC.

I think an April 1980 review in 80 Microcomputing put it well:

Don Inman’s efforts have produced a worthwhile text that will be useful as a teaching tool and as a reference. It belongs in the collection of every serious TRS-80 owner. 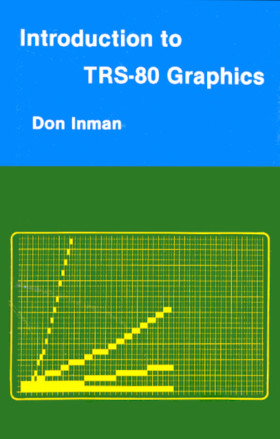 What most people probably remember about Introduction to TRS-80 Graphics is the game Sitting Ducks. Sitting Ducks, which was contained in chapter 7, was a very simple game that represented a shooting gallery with targets. Although simple, the game was quite understandable. I’m sure it was the first game that many people felt comfortable modifying. Don Inman invited the reader to make improvements and many did. I have seen quite a few enhanced versions of Sitting Ducks.

In 1982, Don Inman wrote a similarly titled but more comprehensive book called TRS-80 Color Computer Graphics. However, the two books were completely different, other than the core concept of programming graphics in BASIC. (There was no Color Computer version of Sitting Ducks, although there was a similar program called Shooting Gallery.)