80 Microcomputing, later 80 Micro, was the most popular of the TRS-80 magazines. It was ranked the seventh fastest growing magazine in 1982 and was the third thickest magazine that year. (Those figures were for all magazines, not just computer magazines.)

80 Microcomputing began publishing in 1980, and its circulation rose steadily until it topped 124,000 readers in 1983. Circulation began a slow decline after that although subscriptions picked up slightly in 1985. 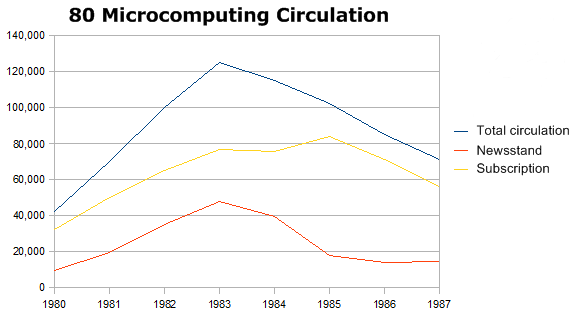 Radio Shack was always reluctant to give out any type of sales figures, but their TRS-80 Microcomputer News had 100,000 subscribers before they shut it down in 1984.

80-U.S. Journal, originally 80-Northwest Journal and later Basic Computing, began publishing in 1978 but circulation figures are only available starting from 1980. It never had the readership numbers of 80 Micro, but maintained steady growth until abruptly ending in 1984 (1984 totals are estimated). Oddly, newsstand and dealer sales exceeded subscriptions in 1983 and 1984. 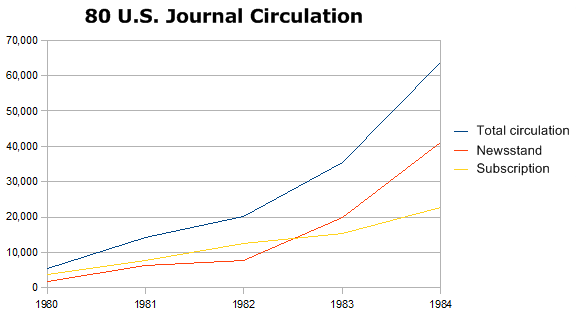