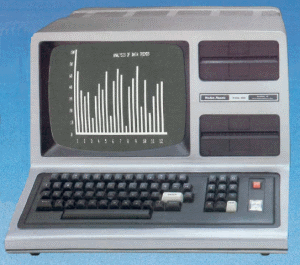 A Model III from a Radio Shack catalog

The Model I was a very popular computer, but generated a great deal of radio interference as was common among computers at the time. To combat this trend, the FCC created much stricter guidelines governing interference. These regulations had the effect of outlawing the sale of the Model I.

Radio Shack created another version of TRSDOS for the Model III, which ended up as TRSDOS 1.3. This could run some (but not all) Model I software, and used a different disk format. The Model I operating systems NEWDOS, DOSPLUS, LDOS, and MULTIDOS were rewritten for the Model III. None of them used the Model III TRSDOS disk format, but they did support many of the TRSDOS 1.3 software calls (at the expense of some Model I compatibility). This led to the need for separate Model I and III versions of many programs.