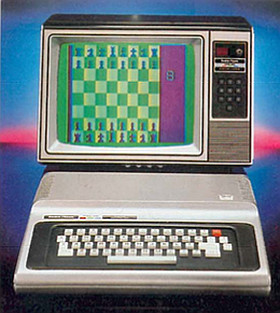 The Color Computer from a Radio Shack catalog

Here is how Radio Shack introduced the Color Computer in their catalog:

The all-new TRS-80 Color Computer features vivid color graphics, instant-load Program Paks, expandability and sound at a low price you won’t believe. Since it attaches to any color television set, it can easily be used anywhere for home, personal, or educational uses. Easy-to-use Program Paks program your Color Computer instantly for a variety of games and personal uses. Just pop one into the computer, and you’re ready to go!

Like the Model II introduced the previous year, the Color Computer wasn’t compatible with existing Model I software.4 Unlike the Model I and Model II, which both used the Zilog Z80 as a microprocessor, the Color Computer used the Motorola 6809. (Early rumors said it would be called the TRS-90 because it lacked a Z80.) This was unusual because most other inexpensive computers at the time (and some expensive ones such as the Apple II) used the MOS Technology 6502. The Motorola 6809 was a highly regarded processor with many design features that were more in line with a 16-bit microprocessor. Even though the 6809 in the Color Computer ran at only 0.895 MHz, the design meant that it was comparable to the 2.03 MHz Z80 in the Model III. 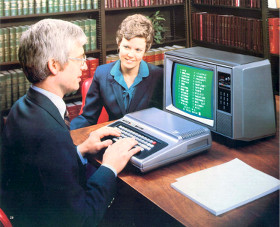 Another view of the Color Computer from a Radio Shack catalog

The Color Computer had good specifications for a home computer at the time:

Like all previous TRS-80 models, the Color Computer came in a Battleship Grey colored case. The Color Computer shared much of its design, including the case, with the TRS-80 Videotex Terminal introduced earlier that year.5

Unlike the Model I and III, the Color Computer keyboard used what were known as “chiclet” keys. These were rubber keys, similar to those used on some calculators. The Color Computer was far from the only computer to use chiclet keys (even the IBM PCjr used them), although their use was controversial. Some people even preferred them to the more common full-travel keyboards.

For storage, the Color Computer used a 1500-baud cassette interface like the Model III, although the two formats were incompatible. Practically any cassette recorder could be used, but Radio Shack sold the CTR-80A cassette recorder (catalog number 26-1206) for $59.95.

In later 1981, Radio Shack introduced a Color Computer floppy disk interface (catalog number 26-3022) for $599.00. The interface came with a Disk Color BASIC Program Pak because, unlike the Model I and Model III, the Color Computer didn’t use a separate floppy operating system. The floppy disk was controlled through commands in Disk BASIC. Radio Shack also sold an additional floppy drive (catalog number 26-3023) for $399.00. 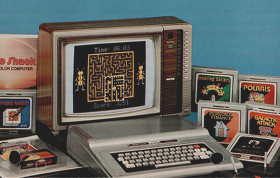 Another view of the Color Computer from a Radio Shack catalog

The catalog described the BASIC in the 4K Color Computer as “stronger than the TRS-80 Level I and compares favorably to Level II, plus it has several commands that are unique.” It described the Extended Color BASIC as having “all the features of standard Color BASIC, plus advanced graphics capabilities.” It also allowed users to “generate complex sounds using more than one musical note.” Other features of Extended Color BASIC included “program editing capabilities, specific error messages, user-definable keys, string arrays up to 255 characters, floating point decimal, and machine language routines.”

Radio Shack offered the Color Computer in a number of different bundled configurations, from the “Home Entertainment and Control System” for $702.80 all the way to the “32K 2-Disk Professional Color System” for $2550.95.

There were very few “official” Color Computer versions of popular arcade games, but there were many highly regarded “unofficial” ports. Just a few of these included Donkey King by Tom Mix Software, Color Caterpillar by Soft Sector Marketing, and Sailor Man also by Tom Mix Software. 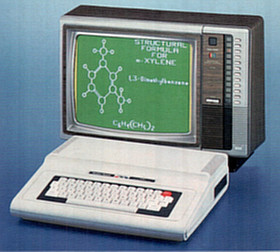 The 64K Color Computer from a Radio Shack catalog

Thanks for the trip down memory lane! A 16K Extended Basic Color Computer that I bought in January or February of 1981 was my first computer (and I still have it). I have bought and built many other computers of vastly advanced technology over the years, but never quite matched the fun and discovery of learning to program, play games, explore online (via 300-baud dial-up BBSes and CompuServe), learn to use OS-9 (yes, THAT OS-9) … The Motorola 6809 CPU was an amazingly capable chip for its time. I could go on, but one more thing: in almost 37 years of consuming and programming computers, I have not yet run across ANY documentation from any hardware or software manufacturer – or book publisher, for that matter – that was as concise and easily understood as the books that Radio Shack provided with that machine. It took me from zero to understanding the use of virtually the entire BASIC language in a few days. Amazing.

I remember strapping by Coco on the back of my bike and taking to a radio shack warehouse to get the extended basic upgrade and memory. Thought I was in heaven.