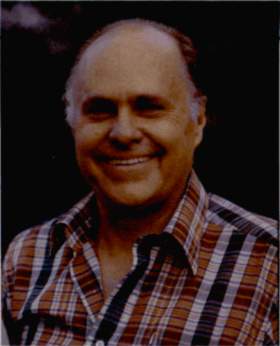 Wayne Green from the first issue of 80 Microcomputing

Wayne Green put his own stamp and personality into each of his magazines. He wrote numerous editorial columns, for example “Never Say Die” (reflecting his callsign) in 73 and “Remarks” in 80 Micro. He had strong opinions on many topics, but his editorials were always entertaining to read.

Wayne Greene sold all his computer magazines in mid-1983. Although 80 Micro continued for five more years, most readers regarded the sale as the end of the “classic” period of 80 Micro. I think everyone agrees that Wayne Green was one of the most influential people in the TRS-80 world.

I was looking for Z80 programming tips when I saw the name so well known to me. When I first got my TRS-80 I read most of Wayne Green’s magazines and I still have his helpful books . May he rest in peace knowing how he helped us fledgling programmers. He will never be forgotten.

Thanks for posting this. BYTE magazine got me started.

His 73 Magazine was an inspiration to me in the early 90’s when I got my Ham Radio license, and I

Here is Wayne Green’s response when I emailed him about the origin of the word HAM (ham radio):

“The early history has it that back in the spark days the radio operator on the Hi Al Mu contacted some amateurs when his ship hit something and was sinking. The amateurs saved the day and for some reason the Hi Al Mu (HAM was the ship’s code name) stuck. Well, that’s a better explanation than our being compared to amateur actors…also hams…like in ‘ham it up’."—Wayne– (Wed, Aug 1, 2012 at 8:21AM)

There were a lot of us old diehard TRS-80 lovers out there for years after it died in production. Some of us were in a network forum out of a University in Canada. Damn, I just checked and I’ve still got it in my address book.

I emailed Wayne and told him about us, and suggested he put his 80-Micro tapes into the public domain, so we could preserve them and keep them going as long as possible. He emailed back that he liked the idea and wanted to do exactly that.

I don’t know the details of doing such a thing, but I’d bet it’s done.