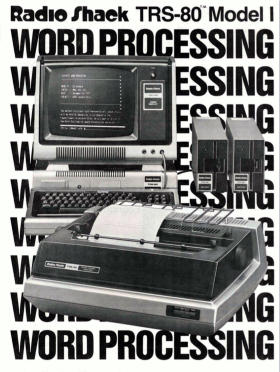 Scripsit for the Model I/III and 4

The first Scripsit2 was introduced in 1979 for the TRS-80 Model I (and later Model III). Scripsit (not Scriptsit3, as it is sometimes incorrectly written) came in two versions:

Scripsit was aimed at people with no previous word processing experience. It came with a training course with six lessons on three audio cassettes. As Radio Shack said in their brochure announcing Scripsit:

Once you’ve typed your first draft, the real advantages begin. You easily can correct errors, insert and delete words, sentences or even paragraphs quickly on your video screen. You can move, exchange, rearrange, or copy specified “blocks” of text. You can print any number of error-free “originals” at 500 words per minute! 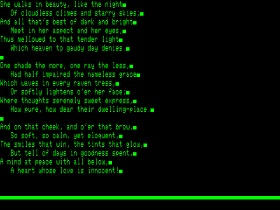 Scripsit was released at about the same time as Radio Shack’s lowercase kit for the Model I. Unlike some other word processors, Scripsit always supported the use of lowercase on the Model I.

The biggest limitation of Model I/III Scripsit was that it provided no way to select underline, italic, bold, or any other type of character formatting. Many people wrote patches to Scripsit to correct this deficiency. Some of those patches were expanded into add-on programs, such as Scriplus, Scriptr, Superscript, Scripmod, and Qwerty. They all used different approaches to add the missing formatting features to Scripsit.

The Model 4 version of Scripsit (catalog number 26-1596) was released in 1984 for $99.95. The changes made from the earlier Model I/III Scripsit were minimal, mostly the ability to use the larger screen size (80 by 24) of a Model 4. Model 4 Scripsit lacked the features of some other word processors, but a review in 80 Micro described it as a “proven, bug-free program."4

Scripsit for the Model II 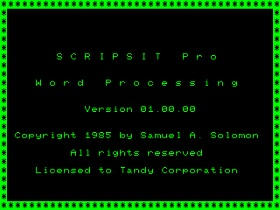 Radio Shack described Model II Scripsit as “one of the finest word processing systems available at any price.” It was more powerful than Model I/III Scripsit, supporting the underline, italic, and boldface attributes that the earlier version lacked. It could edit documents larger than memory and supported multiple column text. Model II Scripsit was known for making especially good use of Radio Shack’s Daisy Wheel Printer II. 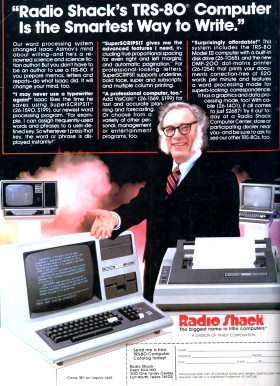 One famous user of Model II Scripsit was Isaac Asimov, the prolific science fiction author, who appeared in many Radio Shack advertisements. Asimov used Scripsit as a writing tool from 1981 until he died in 1992.

Scripsit for the Color Computer

Color Scripsit II (catalog number 26-3109), released in 1987 for $29.95, wasn’t a revision of the earlier Color Scripsit but a completely new program. It was written by Dale Lear and was based on his earlier T/S Edit. Color Scripsit II used a graphical screen to display text, although still at 32 columns. On a Color Computer 3, Color Scripsit II could display lowercase text at 38 columns. 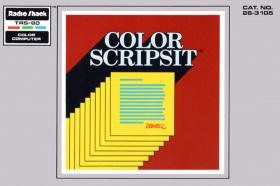 Scripsit for the Model 100

The portable Model 100 came with TEXT, a very capable text editor, so the Model 100 version of Scripsit focused entirely on the text formatting features. Scripsit 100 (catalog number 26-3830) cost $39.95 and came in a tape version only (not an Option ROM). According to the Radio Shack catalog, Scripsit 100 “included advanced formatting capabilities and print features.”

Described in the catalog as “our most powerful word processing program,” Scripsit Pro (catalog number 26-1601) was one of the last word processors created for the Model 4. Like Model II Scripsit and SuperScripsit, it was written by Samuel Solomon. Scripsit Pro was released in 1986 and cost $249.95. 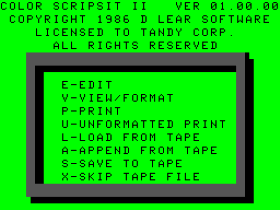 Scripsit 16 was largely written by Kevin Michael Vail, who had previously worked with Samuel Solomon on Model II Scripsit. It ran under XENIX, which was Microsoft’s licensed version of UNIX that ran on Motorola 68000-based computers like the Model 16. XENIX was a multi-user operating system and Scripsit 16 was the most powerful version of Scripsit to date.

Radio Shack released several MS-DOS versions of Scripsit that probably derived from the XENIX-based Scripsit 16. There were several programs:

There was one more implementation of Scripsit, but it wasn’t created by Radio Shack. Nexus, a company created by John Esak, licensed the XENIX Scripsit source code from Radio Shack. Nexus continued developing Scripsit for several years (even hiring Kevin Michael Vail) and created versions for a number of Unix-based computers.

According to Frank Durda (in several posts on the comp.sys.tandy newsgroup), the author of the original Scripsit was Kevin Dack, an internal programmer for Tandy.

Would be nice to find some UNIX version that I could get running on a modern Linux or BSD box to try it out. Maybe even an old 286 version to try on VM or DOSBox.