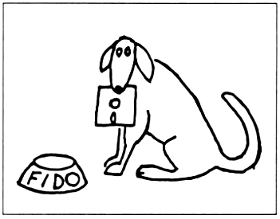 The original FidoNet logo taken from the August 27, 1984 issue of InfoWorld

Tom Jennings created FidoNet in 1984 as part of his Fido BBS. At the time, bulletin board systems only allowed a user to send messages to another user on the same system. FidoNet identified each system by node and provided a way to send a message to any remote system that was part of FidoNet. Jennings later described it as a “store-and-forward emailing and file-transmission system.” This was later extended to support more than messages, including file transfers. For example, the SouthSide BBS accepted requests for TRSLINK magazine issues at FidoNet node 231/30.

Although the Fido BBS software ran only on the IBM PC, the authors of BBS software on other computers soon added FidoNet support. The Zeta BBS, created by Nick Andrew on his System 80 (a TRS-80 Model I compatible) was the first non-IBM PC BBS to join FidoNet in September 1985.

One of the most popular features of FidoNet was its Echomail conferences. An Echomail conference, also known as an echo, collected public messages and made them available to any FidoNet system. In some ways, the conference resembled a modern mailing list or forum. Some of the notable TRS-80 related conferences included:

At their peak, the conferences were quite popular. For example, in 1994 the COCO echo had 30 messages a day. Many of the conferences had rules of conduct. The TRS-MOD134 conference had five rules, number one being “Flames will not be tolerated.” Rule violators received two escalating warnings and then were banned from the conference.

By 1995, wider availability of the Internet led to a serious decline in bulletin board systems. Echomail conferences faced competition from Internet mailing lists and Usenet and their number of messages and users decreased. Of the TRS-80 conferences, MM1_TECH ended in October 1997, OS9 ended in January 2000, COCO ended in July 2000, and TRS-MOD134 ended in February 2001. MOD1000 lasted until 2004 but probably ended that year.