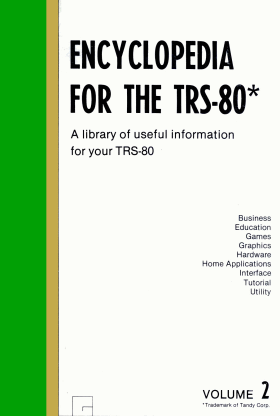 The articles contained in the Encyclopedia were new and had not been previously published in 80 Microcomputing. They covered many topics, including tutorials, software, hardware, and games. In keeping with the “encyclopedia” motif, there were no product reviews or other time-sensitive articles.

The Encyclopedia was available in two editions, with a discount of one volume when buying the complete set:

For each Enclopedia volume, there was a companion Encyclopedia Loader cassette. Each cassette contained the programs from the volume and cost an additional $14.95. 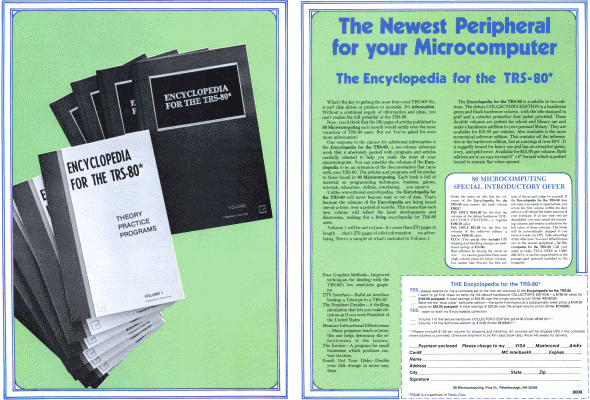 A two-page advertisement from August 1981

I have two articles in volume 5. It was fun.