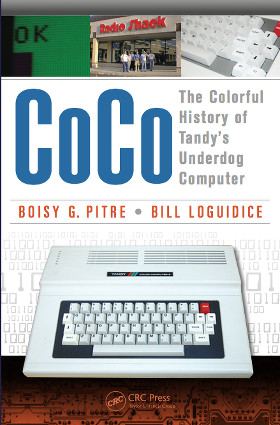 For CoCo: The Colorful History of Tandy’s Underdog Computer, Pitre and Loguidice talked to many people within Radio Shack who were involved with the Color Computer. The book includes behind-the-scenes stories about the development of different Color Computer models, including some information you are unlikely to have read before. They even identify the Radio Shack executive who cancelled the Color Computer 3!

CoCo: The Colorful History of Tandy’s Underdog Computer is a very informative book. If you like the Color Computer, or 1980’s home computers in general, then this book will be interesting to you.