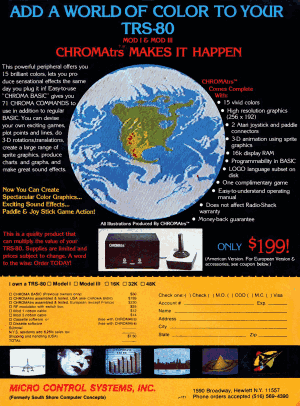 This sample program was listed at the end of the CHROMA BASIC manual. Using only a handful of CHROMA BASIC commands, it displays a pie chart based on values entered.

My friend had one of these and the Basic was great. I remember the UFO game and Logo demo. I thought IBM PC Basic graphics was a big step down.