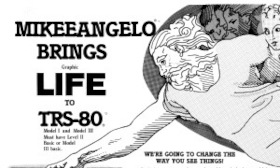 The Mikeegraphic Graphics System was a high-resolution graphics add-on for the TRS-80 Model I and Model III. It was sold by Mikee Electronics Corporation for $340. Originally known as the Mikeeangelo when it was introduced in late 1981, the name was changed to Mikeegraphic just a few months later, presumably to avoid confusion with another product.

Unlike the 80-GRAFIX, which provided high-resolution using a programmable character generator, the Mikeegraphic used a true bitmapped graphics screen. The high-resolution screen was mapped in its entirety at the top of the TRS-80 memory. 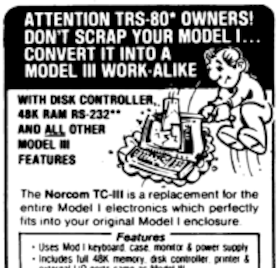 The Norcom TC-III was a $399.00 ($499.00 factory installed) motherboard replacement for the Model I that promised all Model III features right in the Model I case. It was sold by Northern Information Technology Corp. The advertisements touted the following features: 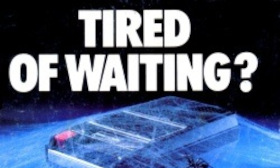 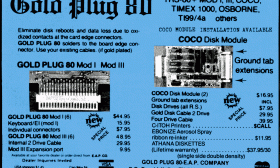 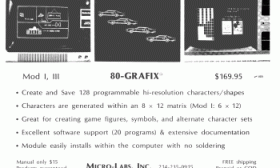 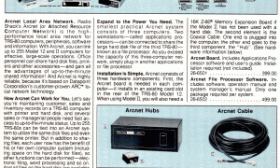 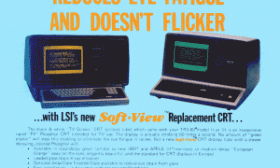 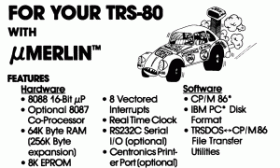 The MicroMerlin connected to the expansion bus of a computer and required no hardware modifications to the computer itself. It originally supported the Model I and Model III, but later also the Model 4 and LNW80. There were two hardware requirements: