Articles in the "Computers" Category 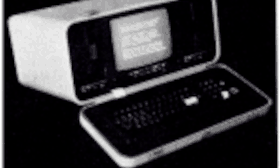 The Adcock & Johnson Model 3000, introduced in the spring of 1982, was a third-party TRS-80 entry in the transportable market. The Model 3000 consisted of an actual TRS-80 Model III converted into a transportable computer, either as a factory conversion or as a kit. 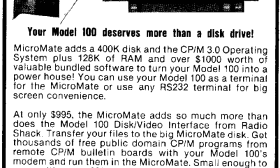 The PMC MicroMate was a CP/M workstation introduced in April 1983 for the price of $1195.00, although that price was later reduced. It was sold by Personal Micro Computers, Inc, also known as PMC, already well known for the Model I compatible PMC-80 and PMC-81 computers. Although the computer lines were not really equivalent, the MicroMate replaced both the PMC-80 and PMC-81. The MicroMate was manufactured by PMC but also resold by TRIOS Micro Systems until late 1984 and was sometimes relabeled by them.'

The MicroMate, officially known as the PMC-101, featured a Z80A processor with 128K of memory and an integrated 5 1/4" floppy drive. The whole computer fit in a case the size of an external drive enclosure. In fact, the unit resembled the external drive units used on a TRS-80 Model I. The MicroMate had no keyboard or video display but was billed as a “Terminal Expander,” designed to be used with any terminal to run CP/M programs. In addition to CP/M 3.0, the MicroMate also came with the T/Maker integrated software package. 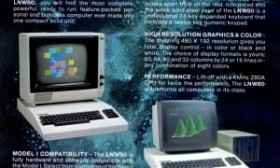 The LNW80, sometimes referred to as the LNW80 Model 1, was the first in a line of TRS-80 compatible computers sold by LNW Research Corporation (later known as LNW Computers). It was probably the most successful TRS-80 compatible sold in the United States. LNW Research had already created the LNW System Expansion, a replacement for the Radio Shack Expansion Interface, so the LNW80 was in many ways a natural next step.

When the LNW80 was introduced in 1980 it was originally sold as a $89.95 “semi-kit,” with instructions and bare printed circuit board. The semi-kit price was so low because all of the electronic parts required for the kit had to be purchased separately. Careful shopping could help reduce costs, but the complete inventory of parts cost hundreds of dollars.

Despite the name, the LNW80 “semi-kit” was not a project for beginners; according to Dennis Báthory-Kitsz in his “80 Applications” column in 80 Micro there were 1,800 individual solder connections. For customers who wanted a complete computer, the LNW80 could also be purchased fully assembled, along with the LNW System Expansion, for $1450.00. 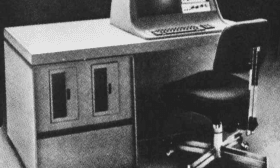 The Tandy 10 was the second computer introduced by Radio Shack, although it wasn’t part of the TRS-80 line. It was actually manufactured by Applied Digital Data Systems, also known as ADDS. ADDS (which still exists today as Boundless Technologies) was the largest independent supplier of video display terminals at the time. Unlike the TRS-80 computers, the Tandy 10 was branded using the Tandy name (Radio Shack’s parent company) rather than Radio Shack.

First offered in 1978, the Tandy 10 (catalog number 81-2110) was actually the ADDS System 50, a variant on the earlier System 70. Described as a workstation, the Tandy 10 was clearly targeted at businesses. It had a good set of features for a computer at that time: 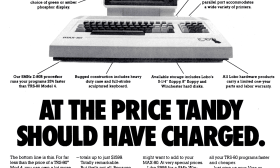 The Lobo MAX-80 was a TRS-80 compatible computer sold by Lobo Systems (originally known as Lobo Drives International). Introduced at the 1982 National Computer Conference (where one could be reserved for a $100.00 deposit), the MAX-80 offered an impressive array of features including: 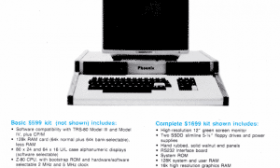 The Phoenix was offered in two configurations. The first was the “Basic kit” which cost $599.00 and included: 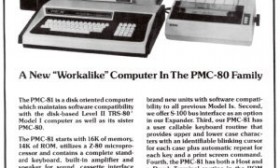 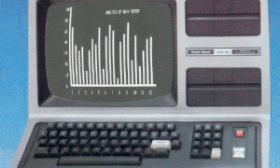