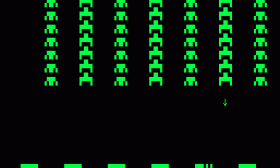 Space Colony was a TRS-80 adaptation of the 1978 Taito arcade game hit Space Invaders. It was written by Kim Watt and sold through his own company, Breeze Computing. Kim Watt was better known in the TRS-80 world for his disk utility, Super Utility. Some sources say that Space Colony was also distributed by Adventure International, but I haven’t found it listed in any catalog.

Interestingly, Space Colony wasn’t the first version of Space Invaders that Kim Watt wrote for the TRS-80. He had earlier written Invaders, a game distributed by Level IV Products. Space Colony was a good rendition of Space Invaders and had superior graphics and game play to Invaders. But it had one very unusual feature: it was one of the few commercial high-resolution Model I games. 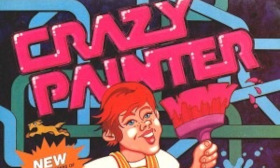 The goal in Crazy Painter is to completely fill the screen using a paint roller. This is a lot harder than it sounds because various obstacles, including roaming dogs and snakes, show up to ruin what you have already painted and hinder your efforts. Unlike most other arcade style games at the time, Crazy Painter is completely non-violent (unless you consider painting to be violent). 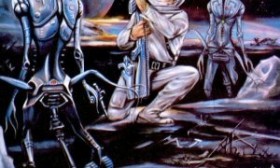 Panik was not based on any particular arcade game; as one advertisement described it: “It has a little of all arcade games built in, but is its own original game.” It was written by William Demas, author of three other games for the TRS-80:

One of the advertisements for Panik contained this overview: 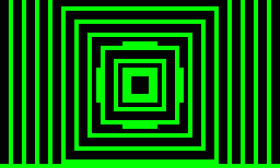 Cosmic Patrol was a TRS-80 game written by Jake Commander, probably better known for his “Commander 80” column in 80 Micro. It was published by Wayne Green’s software company, Instant Software, costing $14.95 for a tape version and $19.95 for a disk version.

Cosmic Patrol appears to have been based on Cosmic Conflict!, a 1978 game written for the Magnavox Odyssey 2 home video game system. The goal is simple: destroy 15 vessels in the Quelon fleet before running out of E-units. Each game begins with 999 E-units. Each shot fired, whether it hits anything or not, costs ten E units. 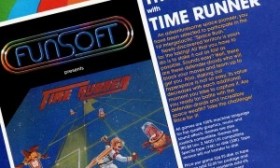 Time Runner is a TRS-80 game written by Yves Lempereur, the seventh of nine games that he wrote for the TRS-80. It was inspired by Amidar, an arcade game created by Konami in 1981. 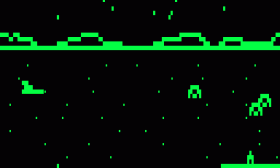 Here is the description of the TRS-80 version of The Eliminator from a 1981 Adventure International catalog: 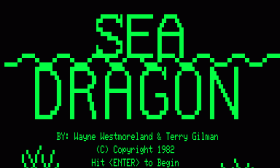 Sea Dragon, written by Wayne Westmoreland and Terry Gilman, was one of the most popular games for the TRS-80. It was released in 1982 by Adventure International, which also sold versions for other computers:

Along with Time Bandit and Arex, Sea Dragon was the TRS-80 game that was adapted to the greatest number of computers. 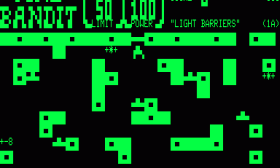 Time Bandit, written by Bill Dunlevy and Harry Lafnear, was a TRS-80 Model I/III game first released by Computer Shack in 1983. Computer Shack (which changed its name to Michtron in 1984) also released versions of Time Bandit for a number of other computers:

The Atari ST and Amiga versions in particular remain quite highly regarded today. 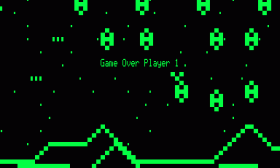 The original version of Rear Guard was written by Neil Larimer for the Apple II. It was released by Adventure International, Scott Adams' company, which also commissioned versions for other computers: 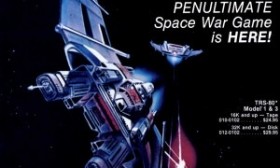 Starfighter, written by Sparky Starks, falls somewhere between an arcade game and a simulation. Far more than a shoot-em-up game, the incredibly detailed scenario in Starfighter lends itself to a game that can be played for hours. Although a unique game, Starfighter has some similarities to Star Raiders, a 1979 game for the Atari 800 that was written by Doug Neubauer.

Sparky Starks later wrote a version of Starfighter for the Atari 400/800 using the name Destiny: The Cruiser. A new name was required because Adventure International had already sold the rights to the name Starfighter to be used by the movie The Last Starfighter.

The goal in Starfighter is to pilot a spacecraft, the SC-78503 Starfighter, and destroy hostile enemy spacecraft. From a description in an Adventure International catalog: